I have recently dived into the world of chamber music for brass instruments, and composed two new pieces: “Uten Bremser” (“No Brakes”) for brass quintet, and “Kre” (“Winged Beasts”) for brass trio. “Kre” consists of three musicals portraits of winged beasts: I. ROOSTER, II: PTERADACTYL and III. WASP. I have tried to capture the characteristics of these three animals (at least in the way I see them), and spiced it up with a bit of humor and instrumental virtuosity. The piece will have its premiere on a concert along with Studinekoret Kalliope on Thursday the 4th of October by the brass trio ARES! 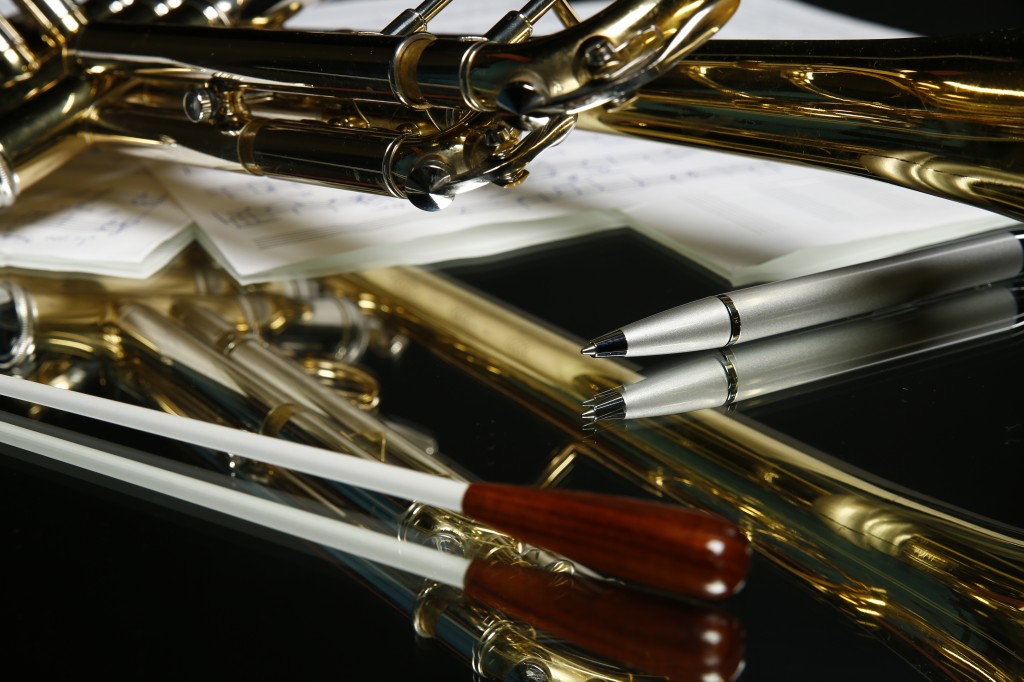 The piece “Uten Bremser” (“No Brakes”), composed for the brass quintet MOMENTUM BRASS was premiered at the Brass Wind festival in Bergen on Sunday 23rd of September, along with pieces by Stig Nordhagen and Olav Berg. The title of the piece reveals the simple musical idea behind it: Music that builds and builds in intensity and tempo, without ever slowing down. Much like the talent and high spirit of the musicians that performed it!

“The Hunter Becomes The Hunted” published on Norsk Noteservice

My 2013 piece “The Hunter Becomes The Hunted“, a virtuous chase-like piece for solo French Horn and Wind Band, is now available from Norsk Noteservice AS!

I composed “Nocturnal Adventures” for Samarbeidskorpset Midtre Sotra Skolekorps og Sotra Vest Skolekorps in the spring of 2013, but the whole piece has not yet been performed. On saturday the 25th of April, all four movements of the piece will  finally be heard for the first time! Krohnengen Brass Band will perform it as part of their soloist concert, where young soloists will be accompanied by the band, and two young composers (Fredrick Schjelderup and myself) will get their music performed. It is a great pleasure to get to work with an elite brass band like Krohnengen and conductor Bjørn Breistein!

My first jazz/big band-composition “Victory Rolls” was part of one of Bergens greatest events this year, namely Vestlandske Selskabsorkester‘s opening concert “The Golden Age of Jazz“. The piece was comissioned by Vestlandske Selskabsorkester to show off the musicians in the band. Two of my arrangements for jazz orchestra was also premiered at the concert, in the good company of music arranged by the great jazz arrangers Michael Barnes, Martin Vinje and Michael Wallace.

Premiere: The Hunter Becomes The Hunted

My new piece for horn soloist and symphony orchestra “The Hunter Becomes The Hunted” will be premiered on the 12th of January. It will be performed by horn soloist Mats Pettersen and Ung Symfoni, conducted by Kjell Seim, on Ung Symfoni’s Soloist Concert in Korskirken in Bergen. I hope I will see you there!

Welcome to my new home on the internet

I wish you all welcome to my new website. Here I will update you with pictures, words and audio recordings from my work as a composer and painter. I hope you will enjoy your stay here!